The great book of the bible

In Ecclesiastes chapter 4 verse 1: here is what he said a little further down this page

The great book of the bible

2- And I found the dead who are already dead happier than the living who are still alive,

3- And happier than both of them he who has not yet existed and who has not seen the bad deeds that are committed under the sun.

4- I have seen that all work and all skill in work is only man's jealousy towards his neighbor. This is again vanity and the pursuit of the wind.

5- << The Fool crosses his hands, and eats his own flesh.

6- Better is one hand full with rest, than both hands full with work and pursuit of the wind.

7- I considered another vanity under the sun.

8- A certain man is alone and without anyone close to him, he has neither son nor brother, and yet his work has no end and his eyes are never satisfied with riches. For whom then am I working, and depriving my soul of pleasures? This again is vanity and a bad thing.

9- Two are better than one, Because they get a good salary from their work.

10- For if they fall, one raises his companion; but woe to him who is alone and who falls, without having a second to raise him!

11- Similarly, if two sleep together, they will be hot; but the one who is alone, how will he be warm?

12- And if someone is stronger than one, both can resist him; and the three-wire rope does not break easily.

13- Better is a poor and wise child than an old and foolish king who no longer knows how to listen to advice;

14- For he can come out of prison to reign, and even be born poor in his kingdom.

15- I saw all the living who walk under the sun surround the child who should succeed the king and reign in his stead.

16- THERE was no end to all this people, all of whom he was at the head, and yet those who come after will not rejoice over him. For this is again vanity and the pursuit of the wind.

To end with number 17 he said:

17- Be careful of your foot when you enter the house of God, and come near to listen, rather than to offer the sacrifice of fools because they do not know that they are doing wrong. Page 669 in the Louis Second Holy Bible

This subject comes from Ecclesiastes chapter 4

Resumed by Marie Quivivre, written on Saturday June 6, 2020 for the blog mariequivivre.com published the same day on the blog.

Our Slogan Let's Love Us Always Everywhere have gathered. Let us be united. Marie quivivre 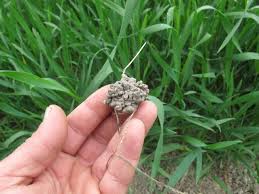